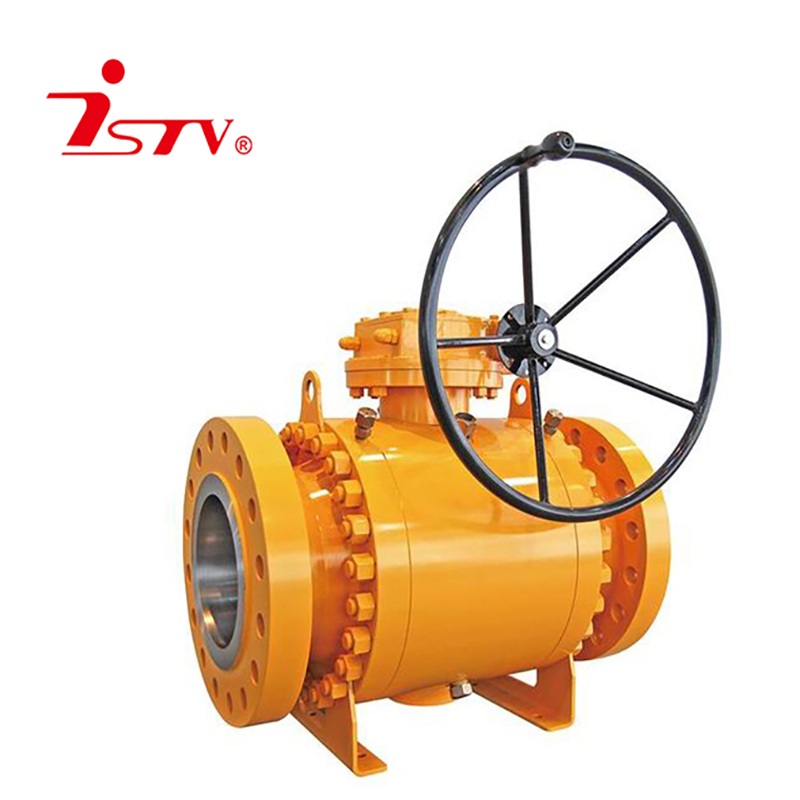 1. Double block and discharge function: the fixed ball valve adopts spring preloading floating valve seat. No matter the valve is in full open and full close state, the upstream and downstream valve seats block the fluid, and the retention in the valve body cavity is discharged through the discharge valve.
2. Automatic pressure relief function: when the abnormal pressure rise caused by the temperature rise of the medium in the valve body cavity, it is not necessary to pass through the safety valve, but only rely on the valve seat function to automatically relieve the pressure, which is very important to ensure the safety of the valve when conveying liquid medium.
3. Fire safety structure: all valves have fire safety function, and their design and manufacture comply with API607 and APIfa specifications.

Advantages of three pieces ball valve:
1. The flow resistance is small, and its resistance coefficient is equal to that of the same length of pipe.
2. It has the advantages of simple structure, small volume and light weight.
3. At present, the sealing surface material of ball valve is widely used in plastic with good sealing performance, and it has been widely used in vacuum system.
4. Easy to open and close from 90 ° to fully open and close.
5. Maintenance is convenient, ball valve structure is simple, seal ring is generally movable, disassembly and replacement are more convenient.
6. When the valve is fully open or fully closed, the sealing surface of the ball and valve seat is isolated from the medium, which will not cause erosion of the valve sealing surface when the medium passes through.
7. Wide range of application, diameter from small to a few millimeters, large to several meters, from high vacuum to high pressure can be applied.

Fixed ball valve is a new generation of high-performance ball valve, which is suitable for long-distance pipeline and general industrial pipeline. Its strength, safety and harsh environment resistance are specially considered in the design, which is suitable for various corrosive and non corrosive media. Compared with the floating ball valve, when it works, the force generated by the fluid pressure in front of the valve on the ball is transmitted to the bearing, which will not make the ball move to the valve seat, so the valve seat will not bear excessive pressure. Therefore, the fixed ball valve has small torque, small seat deformation, stable sealing performance and long service life. It is suitable for high pressure and large caliber occasions.