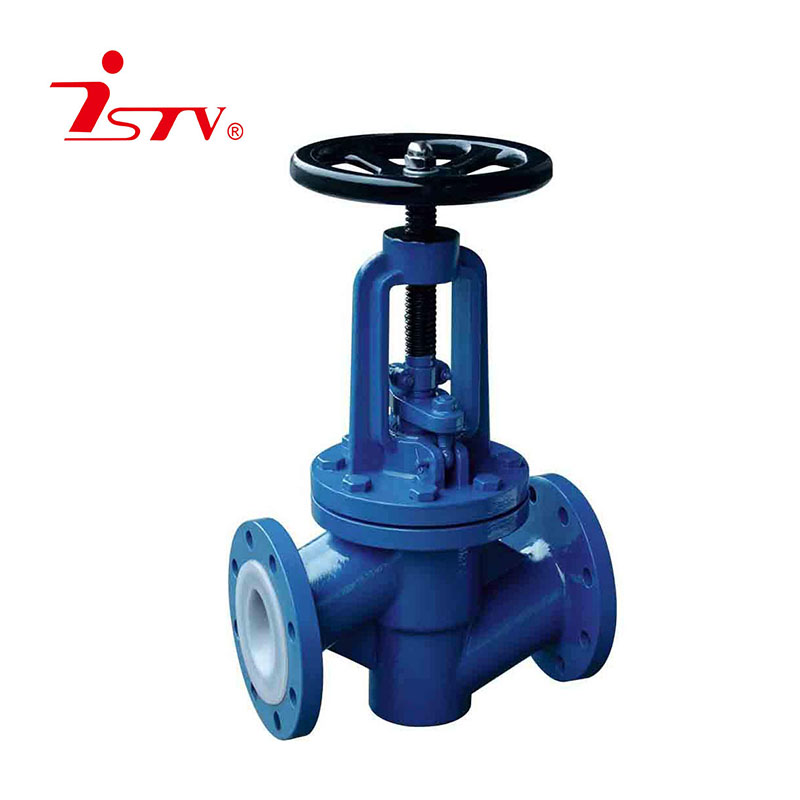 The opening and closing parts of fluorine lined globe valve are plug-shaped disc, the sealing surface is flat or conical, and the valve disc moves in a straight line along the center line of the fluid. The movement forms of the valve stem include the lifting rod type (the valve rod rises and falls, and the hand wheel does not rise and fall), and there are also the lifting and rotating rod type (the hand wheel and the valve rod rotate and lift together, and the nut is set on the valve body). The globe valve is only suitable for full opening and full closing, and adjustment and throttling are not allowed.