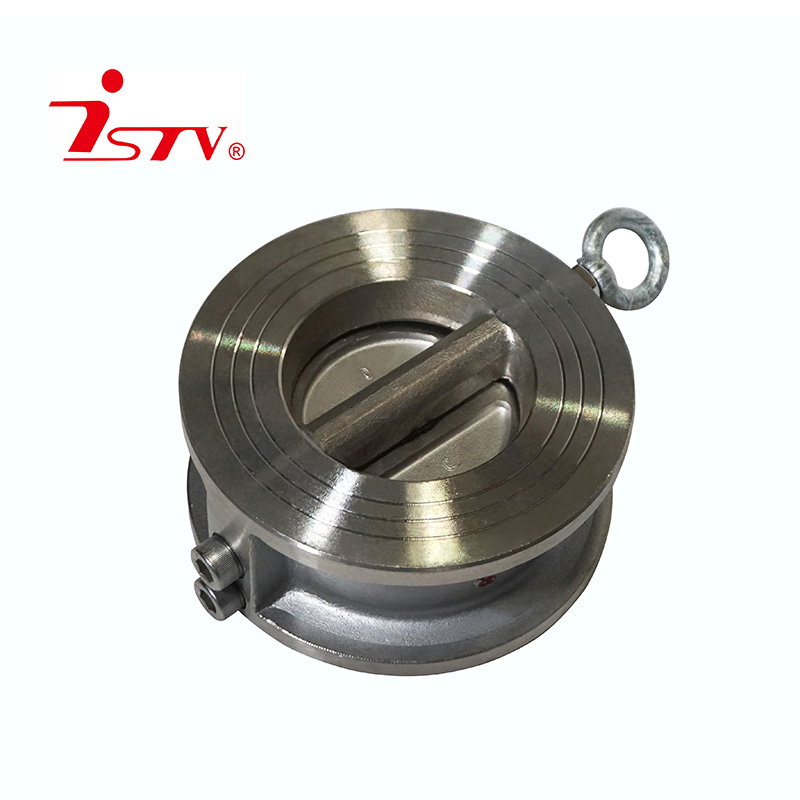 3. The valve disc closes quickly and the water hammer pressure is small;

4. Both horizontal and vertical pipes can be used and installed conveniently;

5. The flow channel is unobstructed and the fluid resistance is small;

8. The overall structure is simple, compact and beautiful;

Check valve is a kind of valve whose opening and closing parts are round valve disc, which can block the reverse flow of medium by its own weight and medium pressure. Belong to automatic valve class, also known as check valve, check valve, return valve or isolation valve. The movement mode of valve disc is divided into lifting type and swing type. The structure of lift check valve is similar to that of stop valve, but it lacks the stem to drive the disc. The medium flows in from the inlet end (lower side) and flows out from the outlet end (upper side). When the inlet pressure is greater than the sum of the disc weight and its flow resistance, the valve is opened. On the contrary, the valve will be closed when the medium flows backward. Swing check valve has an inclined disc which can rotate around the shaft. Its working principle is similar to that of lift check valve. Check valve is often used as the bottom valve of pumping device, which can prevent the backflow of water. The combination of check valve and stop valve can play the role of safety isolation. The disadvantage is high resistance and poor sealing when closing